Our team consists of enthusiastic sauna fans who believe in the importance of sauna for health and well-being. All of us grew up in Estonia where it would be hard to imagine not going to the sauna at the end of a busy working week, after a cold winter day or on a nice summer evening in the countryside. Sauna means taking time for yourself, regenerating your body and mind, staying healthy and just feeling good. That is why we think that sauna should be available to everybody and everywhere.

The founder of HUUM, Siim Nellis, is actually the third one in his family to produce sauna heaters. His grandfather was a skilled oven-builder with a lot of experience in building sauna stoves and his father is also active in sauna heater production. Siim continues to carry on these traditions, connecting the Estonian sauna building knowledge with modern design and innovative technology.

How the first design sauna heater was born

Sauna heaters have been developed in countries with long sauna traditions without necessarily paying much attention to design. In the search for a more contemporary and efficient design for sauna heaters Siim Nellis turned to the Estonian Academy of Arts in 2011. The product design students of the academy proposed different designs, among which one design stood out. It was inspired by a water drop and had a hemispheric shape. In 2012 the heater was developed for production and it became known as DROP. Unlike other sauna heaters before, DROP had a unique round shape, well-optimized use of metal and an increased stone capacity, which allowed the electric heater to produce a mild steam similar to wood-burning sauna stoves.

In 2015 DROP sauna heater won the prestigious Red Dot Award: Product Design, one of the most important international awards for exceptionally good design. DROP sauna heater was acknowledged for a well-implemented design solution.

HUUM encourages active and healthy lifestyle by sponsoring sports and being active ourselves. We sponsor HUUM IRONMAN triathlon team which consists of young talented athletes. Another team sponsored by us is the Estonian women’s indoor hockey team Sparta who won the Estonian championship in 2018. Our own staff is currently active in disc golf, with our proudest moment being winning the first place in the Estonian enterprises disc golf tournament in April 2019.

Interested in becoming a Huum dealer? Fill out this form, and we will review your information and contact you to discuss a potential new partnership.

What is best for your sauna?

To find out which sauna heater is suitable for you, please insert below the requested information and preferences about your sauna. What are the dimensions of your sauna room? Do you prefer your heater installed on the floor or on the wall? Would you like to control your sauna only from the control unit or also use the remote control function through the mobile app? 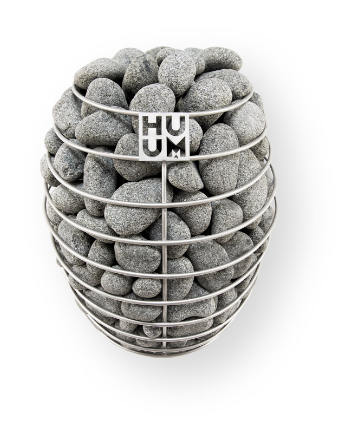 Your calculations would be lost

If you exit calculator, you can come back any time and find out what is best for your sauna
OK Stay here
HUUM loves cookies on our website to give you the best service possible. Read more here.